Most are familiar with the “new classics” too, like South Africa’s Stellenbosch, Marlborough in New Zealand and Australia’s Barossa Valley.

But not all the world’s best wine regions have yet been discovered.

In fact, some of the finest wine is being made in places you might never even have heard of.

Though winemaking in Moldova dates back more than 5,000 years, Moldovan wine — and Moldova in general — has flown almost completely under the radar.

Sandwiched between Romania and Ukraine, the tiny country’s wines are a delight, from indigenous whites like rara neagra and plavai to its crisp, fruity sauvignon blancs and chardonnays.

Interestingly, almost a quarter of all Moldovans are winemakers — it’s the most vineyard-dense country in the world.

The country is also home to the world’s largest wine cellar, Milestii Mici, which has more than two million bottles.

MORE: Moldova: Where I got my hands on Putin’s wine

Though Italy’s beautiful southernmost island has been making wine for more than five millennia, residents there have only recently garnered international buzz.

That’s a good thing: only in the past two decades has the region shifted away from the mass production of lackluster wine to create exciting indigenous wines expressive of the island’s unique and diverse terroir. (Look for bottles labeled DOC Sicilia, which guarantees the wine’s origin and quality.)

Now, Sicily has blossomed into one of the world’s most important new wine regions, turning out big, powerful reds like nero d’Avola and fresh, minerally whites like grillo and catarratto.

On the sunny island of Pantelleria, you’ll find one of Italy’s best dessert wines, Passito di Pantelleria — an amber-colored wine that’s alive with flavors of apricot, honey and caramel. 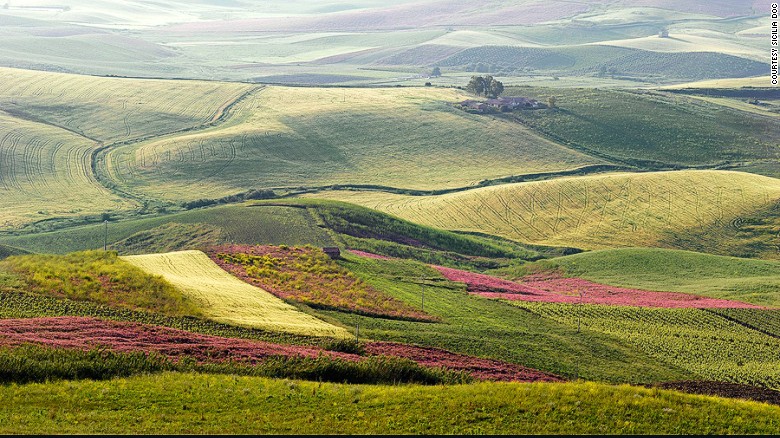 In Sicily, the vines are old, the buzz is new.

South Australia’s Barossa Valley has competition — some of Australia’s most vibrant new wines are coming out of the country’s overlooked island state of Tasmania.

Separated from the mainland by a 240-kilometer strait, Tasmania’s southern latitude and cool, maritime climate makes for unique wines vastly different from anywhere else in the country.

There are only 160 producers across the island, so you’re guaranteed a more intimate wine-tasting experience — and the chance to meet the owners and winemakers themselves.

Visit: The family-owned Freycinet winery, established in 1979 by Geoff and Susan Bull, turns out a Burgundy-like pinot noir.

Traditionally a grain-producing area, Swartland has been overshadowed by the more famous South African wine-producing districts of Stellenbosch, Paarl and Franschhoek.

But in recent years, the region has emerged as a source of dynamic wine: lush, plummy pinotages (a cinsault-pinot noir cross unique to South Africa), zesty chenin blancs, smoky syrahs and daring blends.

The region’s newfound success can be credited in large part to Swartland Independent Producers, an organization founded in 2010 by ambitious winemakers passionate about improving the quality of wines across the vastly under-appreciated region.

The organization is responsible for putting together the Swartland Revolution, a weekend-long festival held each November celebrating local wine, food and music.

Akin to Sonoma Valley’s landscape 20 years ago, Michigan wine country is bucolic and largely undeveloped, comprising just 100 or so small- to medium-sized wineries and just less than 3,000 acres of wine-producing vineyards.

Yet the new wines coming out of this highly undervalued region — particularly those from the Leelanau and Old Mission Peninsulas — are fantastic.

Standouts include semi-dry German and Alsatian varietals like riesling (the region’s most widely planted grape), gewurzrtraminer and traminette.

Other dry whites like sauvignon blanc, vinho verde, pinot grigio and chardonnay are consistently bright and crisp across the region, and very good value. 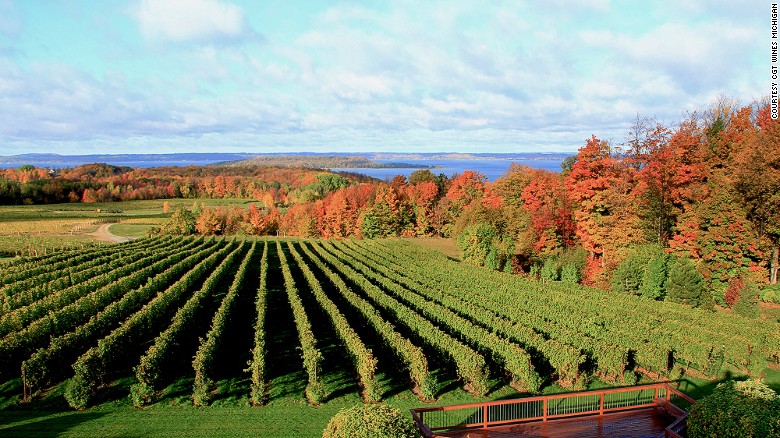 Sometime soon someone may fill your glass with a Michigan wine.

The world’s best new sparkling wines come from Italy — you just haven’t heard of the place yet.

Like Champagne, Italy’s Franciacorta is both a geographical region and a wine.

The wine is made using methode champenoise — a special way of getting it to sparkle — and with the same grape varietals as chardonnay, pinot noir and pinot blanc.

Despite the similarities, franciacorta remains a distinctly Italian wine and is an absolute expression of its terroir, characterized by a creamy texture and ultra-fine perlage.

Though the region is best known for its eponymous sparkler, it also produces extraordinary still wines like merlot and pinot grigio.

Though the Bekaa Valley is billed as the oldest wine-producing region in the world — wine is said to have been cultivated there as early as 725 B.C. — Lebanese wines are still little known to the mainstream wine consumer.

In recent years, a new generation of producers trained in Burgundy and Bordeaux have begun to create wines that are slowly capturing global attention.

Thanks to the fertile valley’s climate and its location on an inland plateau 900 meters above sea level, you’ll find everything from plush red blends (mainly cabernet mixed with syrah and merlot) to light, floral muscats and viogniers.

Though often overlooked in favor of Oregon’s Willamette Valley, the lush Walla Walla Valley, which spans both the states of Oregon and Washington, is one of the most dynamic and fastest growing wine regions in the United States.

Thanks to its diverse terroir — from dry and semi-arid to cool and moist — a wide range of grape varietals thrives across the valley, including cabernet sauvignon, merlot and cabernet franc.

On the Oregon side, in the Rocks sub-appellation, you’ll find one of the country’s most interesting syrahs, made from grapes grown within a bed of basalt rock.

The resulting wine is remarkably smoky, earthy and rich.

Though the Czech Republic is better known for beer, its easternmost province of Moravia, just north of the Austrian border, has quietly been producing some of the world’s best white wines for years.

In the sub-region of Slovacko, sandy soils and a cool climate make for zesty rieslings and obscure, herbaceous whites like Muller-Thurgau, Gruner Veltliner and Moravian Muscat.

Further east in Velke Pavlovice, clay soils make for smooth reds with soft tannins like pinot noir and portugiser blauer, made from an Austrian grape of the same name.

Wine aside, Moravia is worth the visit alone for its lush landscapes, fairytale chateaux and year-round temperate weather.

Visit: The family-run Smrcka winery for a glass of Austrian Blaufrankisch wine, which will likely come accompanied by a platter of gherkins, a local specialty.

From the 1970s to 1990s, Soave was one of Italy’s most exported white wines — so popular, it even surpassed chianti in U.S. sales at one point.

Unfortunately, most of the Soave coming out of the eponymous region was mass-produced and mediocre, and the wine was eventually eclipsed by pinot grigio.

Nowadays, Soave is back on an upswing, and much of the new wines being produced are complex and lively, particularly those made with garganega grapes from cru and classico vineyards.

Worth trying are the sparkling Soave spumante and the rich, golden recioto di Soave, a highly undervalued passito that’s a good alternative to a classic sauternes.

Visit: The Pieropan winery is worth a visit for its medium-bodied, crisp Soave Classico and views over Soave Castle.