From new attractions and massive additions to quirky flavors, big birthdays and booze, 2016 promises to be a good year for the curious traveler.

Here are 16 spots and events across the United States worth checking out this year:

It’s Boeing’s 100th birthday, and the independent Museum of Flight in Seattle (where the aerospace manufacturer was founded) has centennial plans spanning the whole year.

In late June, the museum is set to unveil a huge Aviation Pavilion, where a number of significant Boeing aircraft will be on display. 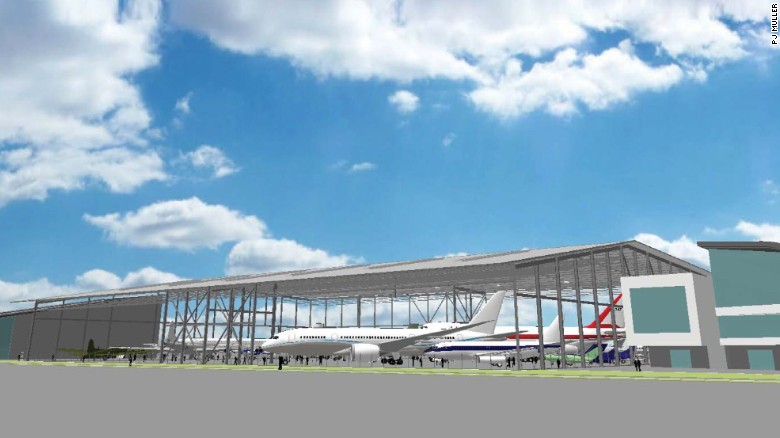 The Museum of Flight’s new Aviation Pavilion is expected to open in late June.

When the inaugural Light City Baltimore goes live, 28 light art installations will illuminate a 1.5-mile path along the city’s Inner Harbor, with pop-up performances and musical acts adding to the festivities.

Organizers of the weeklong event, which runs March 28 through April 3, also hope to shine a light on their beloved city’s creative and innovative communities.

Most of the artists picked in a juried competition are locals, says Baltimore Office of Promotion & the Arts Executive Director Bill Gilmore, and much of their art reflects the social justice concerns of city residents.

The daytime Light City U will feature sessions focusing on sustainability, health care, education and the city’s creative industries.

If you’re seeking a spot where few have ever set foot, one of Alaska’s 23 national parks may be a perfect fit.

And 2016 is the right time to celebrate some of America’s most pristine landscapes as the National Park Service marks its centennial in every state.

Aniakchak National Monument & Preserve, 450 miles southwest of Anchorage on the Alaska Peninsula, can’t be reached by car, only by air or sea.

Home to a 6-mile-wide, 2,500-foot-deep caldera, the site offers truly primitive camping, with no public park facilities available. Only 134 people visited in all of 2014.

Opportunities for solitude are also excellent at Wrangell-St. Elias National Park, the largest national park at more than 13 million acres. 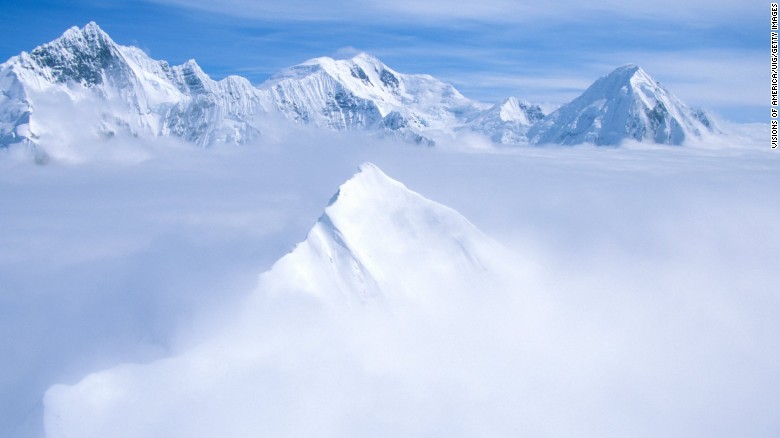 At home with Van Gogh, Chicago

More in the mood for intimacy than expansiveness? Vincent Van Gogh delivers.

Perhaps the most famous bedroom in history, Van Gogh’s room in Arles, France, is the subject of“Van Gogh’s Bedrooms,” on view at the Art Institute of Chicago from February 14 through May 10.

The in-depth study of the artist’s three paintings of the room, created between 1888 and 1889 and shown together for the first time in North America, is the first dedicated to this small corner of his life.

The exhibit features more than 30 works by the artist, all illuminating his exploration of home.

There’s a lot going on in Cleveland: new hotels and restaurants, rejuvenation along the Cuyahoga River with The Flats East Bank development, a $32 million Public Square redesign and the Republican National Convention in July.

But what’s got us really intrigued is the marriage of two great nutritional groups: beer and doughnuts.

Brewnuts started as a beer-flavored doughnut venture and is about to become a flagship doughnut-themed bar where brews used in the baking will be available on draft. Of course, concoctions like maple bacon bourbon ale doughnuts will also be served fresh from the fryer.

Located in the Gordon Square Arts District of the trendy Detroit Shoreway neighborhood, the bar is expected to open in early spring.

When the National Blues Museum in St. Louis opens in April, you’ll be able to follow the historical migration of the blues and compare music from different regions at every turn.

“From the Mississippi Delta to Canada, every place has its own unique style,” said Dion Brown, the museum’s founding executive director.

Visitors to the 23,000-square-foot museum can build their own blues riffs and learn how to play in a jug band. The museum’s performance hall will host concerts, and artists will perform at the museum during the day. 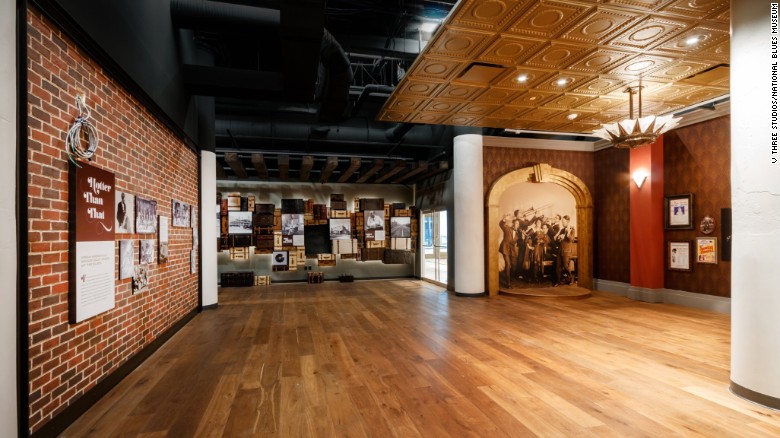 The National Blues Museum is set to open in St. Louis in April.

New Mexico’s Green Chile Cheeseburger Trail — with nearly 100 spots to sample — is a tasty way to add a little spice to your life this year.

Though their exact origins are unknown, the distinctive burgers laden with cheese and green chiles have appeared on menus across the state since at least the 1950s.

At Sparky’s in Hatch, a town defined by chiles, you can wash your burger down with a green chile shake.

At 5 Star Burgers — a chain with locations in Albuquerque, Santa Fe and Taos — green chile mayo amps up the green chile cheeseburger experience.

Though known as a hotbed for bourbon and horses, Kentucky’s second-largest city has branched out into craft beer and contemporary art.

21c Museum Hotels is scheduled to open its fifth location in Lexington this spring, a sure sign that this city is putting a twist on tradition.

Housed in downtown Lexington’s historic Fayette National Bank Building, 21c Lexington will be a contemporary art museum, restaurant and boutique hotel in one.

And visitors who vote beer over bourbon are in luck. The Brewgrass Trail traces the region’s burgeoning craft beer movement with about a half-dozen stops in Lexington. 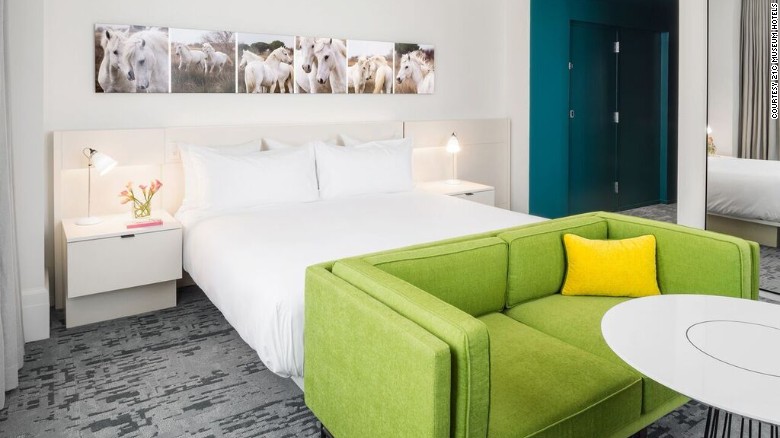 The 21c Museum Hotel in Lexington, Kentucky is scheduled to open this spring.

The African-American experience will finally have a home within the nation’s most prestigious collection of museums.

After more than four years of construction, the Smithsonian National Museum of African American History and Culture is scheduled to open this fall on a 5-acre tract near the Washington Monument.

The final above-ground museum slated for the National Mall, the 400,000-square-foot building will house an array of exhibits aimed at transcending “the boundaries of race and culture that divide us.”

Currently, the museum has a temporary gallery at the Smithsonian’s National Museum of American History.

Copa America Centenario, across the U.S.

Soccer fans are eagerly anticipating June’s Copa America Centenario, the centennial edition of the South American tournament, which is being held in the United States for the first time.

From June 3 through June 26, 16 teams will play in 10 venues scattered across the U.S. from Boston to the Bay Area.

The U.S., Mexico, Brazil and Argentina will be the seeded teams. The final match is scheduled for June 26 at MetLife Stadium in East Rutherford, New Jersey.

The renaissance of the upstate New York town of Buffalo is due, in part, to its celebration of its past as a transportation hub and site of great architecture.

The western terminus of the Erie Canal is what’s now called Canalside, an all-season entertainment district where you can ride ice bikes and skate during winter.

Once a feature of one of the world’s largest grain ports, the enormous grain elevators dotting the area are inspiration for the Silo City performance art space and a nightly Canalside light show.

For architecture buffs, the $50 million restoration of Frank Lloyd Wright’s Darwin Martin House Complex should be complete in the fall, and visitors can see more Wright work on upcoming “All Wright All Day” tours.

Also slated to open in 2016, the Hotel Henry will give the former Buffalo State Asylum new life as a boutique hotel.

Not sure what to do first? Stop by local cafe Sweetness 7 and chat with owner Prish Moran, known as “Buffamama” to the locals. 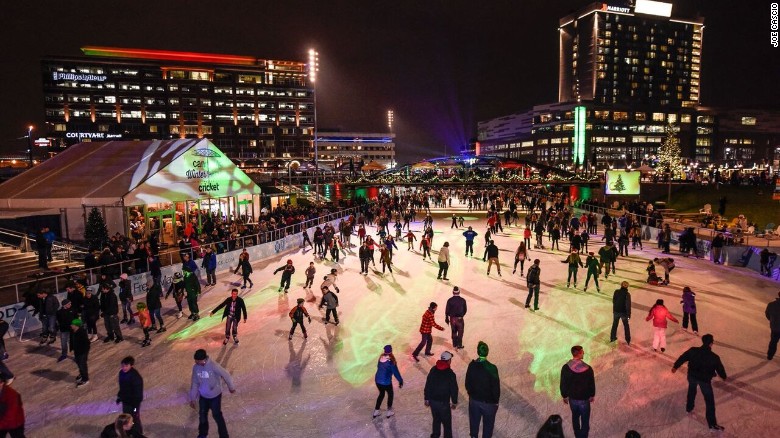 Canalside is an all-season entertainment district in Buffalo.

The world’s largest motorcycle collection is getting a bigger home.

The expansion will allow the museum to display up to 1,000 motorcycles at a time as well as an expanded display of Lotus race cars. The expansion is expected to open in October.

This spring, the West Coast will welcome its own Wizarding World of Harry Potter.

The wildly popular themed land, featuring the village of Hogsmeade and Hogwarts School of Witchcraft and Wizardry, is opening at Universal Studios Hollywood on April 7.

On its marquee ride, Harry Potter and the Forbidden Journey, guests will wear Quidditch-inspired goggles to take advantage of its hyper-realistic 3D-HD technology.

He called himself St. EOM and worked for three decades on a colorful art environment in his native Georgia.

Recently restored and turned over to Columbus State University, Pasaquan is set to open to visitors in 2016, with a soft-opening mid-year and a grand opening expected in October.

Admission will be $5 for adults. 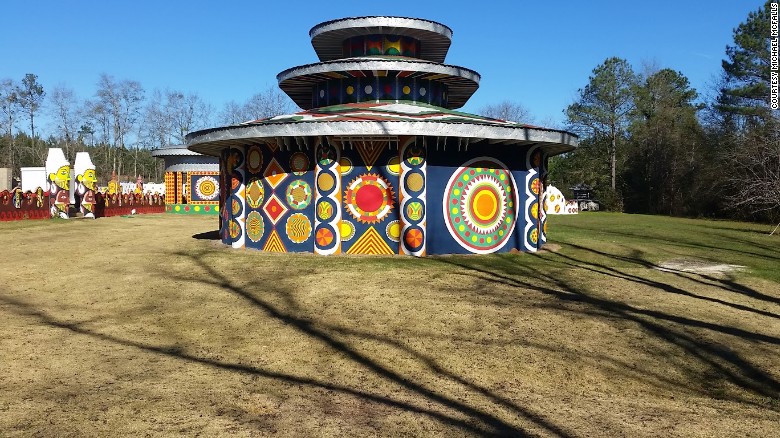 With more than 30 distilleries across Tennessee, this state’s whiskey culture has grown far beyond Jack Daniels and George Dickel. Seven newcomers opened last year, with five more distilleries planned for 2016.

The 4-year-old Tennessee Whiskey Trail helps visitors decide which spots to explore, including standouts such as Gatlinburg’s Sugarlands Distilling Co. and Corsair Artisan Distillery in Nashville.

Taste dozens of whiskeys in one place at the third annual Tennessee Whiskey Festival in May.

The elder statesman Jack Daniels Distillery in Lynchburg is marking its 150th anniversary this year. Take a sampling tour and look for echoes of Jack, who often ate lunch at the nearby Miss Mary Bobo’s Boarding House.

To mark the anniversary, the National WWII Museum has organized a seven-night educational tourfrom December 1 to December 8 in Hawaii.

The trip includes a four-part symposium on the events leading up to the attack and site visits led by historians.

Participants will also be guests at a ceremony at the USS Arizona commemorating the attacks. If booked by January 12, the trip is $8,750 for double occupancy ($8,995 after January 13).